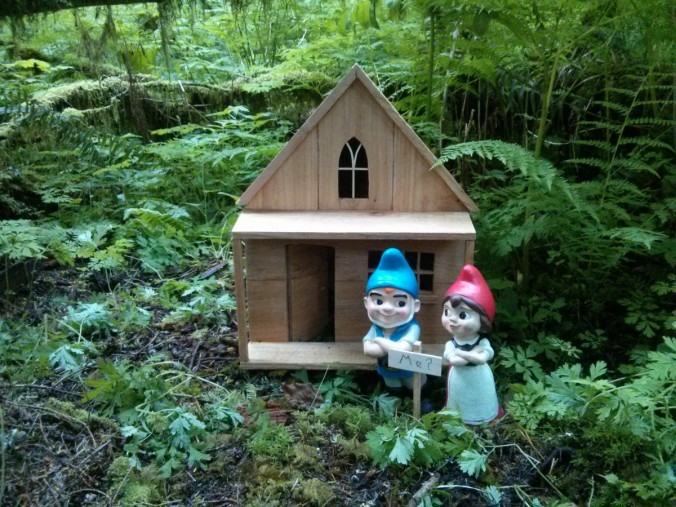 For our wedding proposal, I build a little house with some gnomes. The gnomes and the house were set up in the hobbit village in the woods at Federation Forest State Park, spread out with about 7 or 8 feet between them. The idea was that Cassie would see the first gnome, holding the ‘Cassie’ sign, walk towards it, and then see the second ‘Will’ gnome, then the ‘You’ gnome, and follow the trail of gnome  until she reached the house with the “Me’ sign. It didn’t quite work out like that. Instead, she saw the first gnome, but then saw some other interesting gnomes, and decided to take photos of those. I had to intervene to point out the next gnomes. Eventually we made it to the house. The male gnome had done a face plant into the mud since I set him up the day earlier, but otherwise everything was still there. Also, she said yes 🙂  We left the house and gnomes in the hobbit village for future visitors. 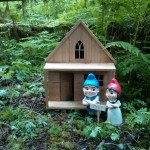 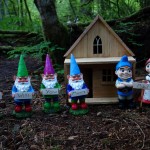 The house was supposed to look kind of like the American Gothic house, which is right next door to where Cassie grew up. 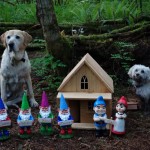 As usual, the doggies were not impressed.

We left the house and the gnomes in the forest, for future visitors, and any guys who might need a fast, prearranged proposal.