November 5, 2014 / Jonathan / Comments Off on Mapping Photos On Flickr 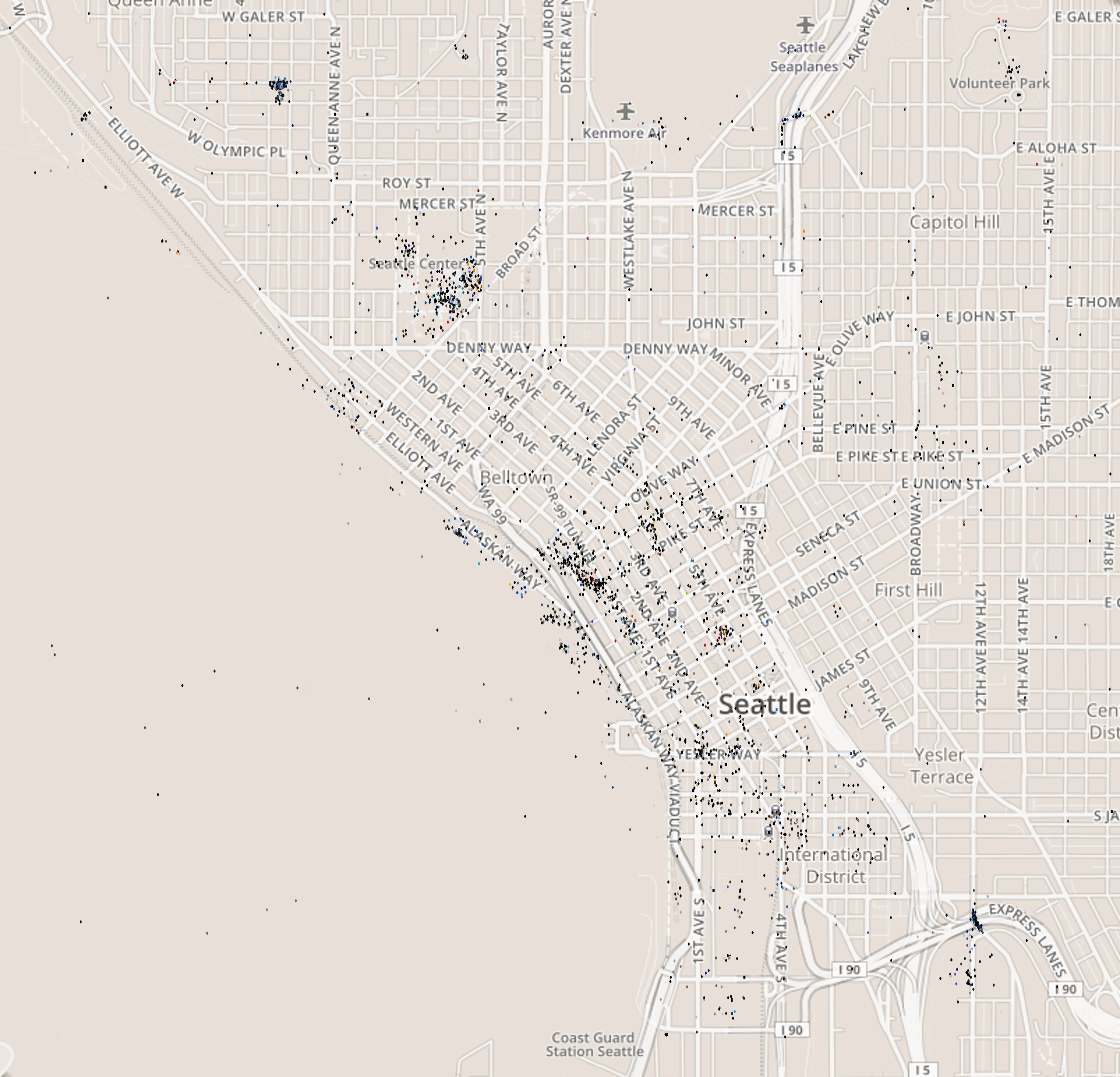 After my previous project with the flickr api, trying to detect changes in the seasons from random photos on flickr, I was curious if you could see changes in the colors of different locations. Like would the western side of Washington state be greener than the Eastern side?  So downloaded about 20,000 images from Flickr and added a dot to a map of the state at each spot where one of the photos was taken. The color of the dot matches the predominant color of the image – An image of a white house will have a white dot. As it turns out you can see a difference between the colors of Washington State – Eastern Washington has a lot of blue dots, from all the pictures of the blue sky, while the dots in Western Washington are mostly gray and black 🙁

The map is here: Washington

You can hover over the dots to see the original image

I also created maps for

The source is at: github.com/jkoomjian/Random-Experiments/tree/master/FlickrApi/FlickrMap 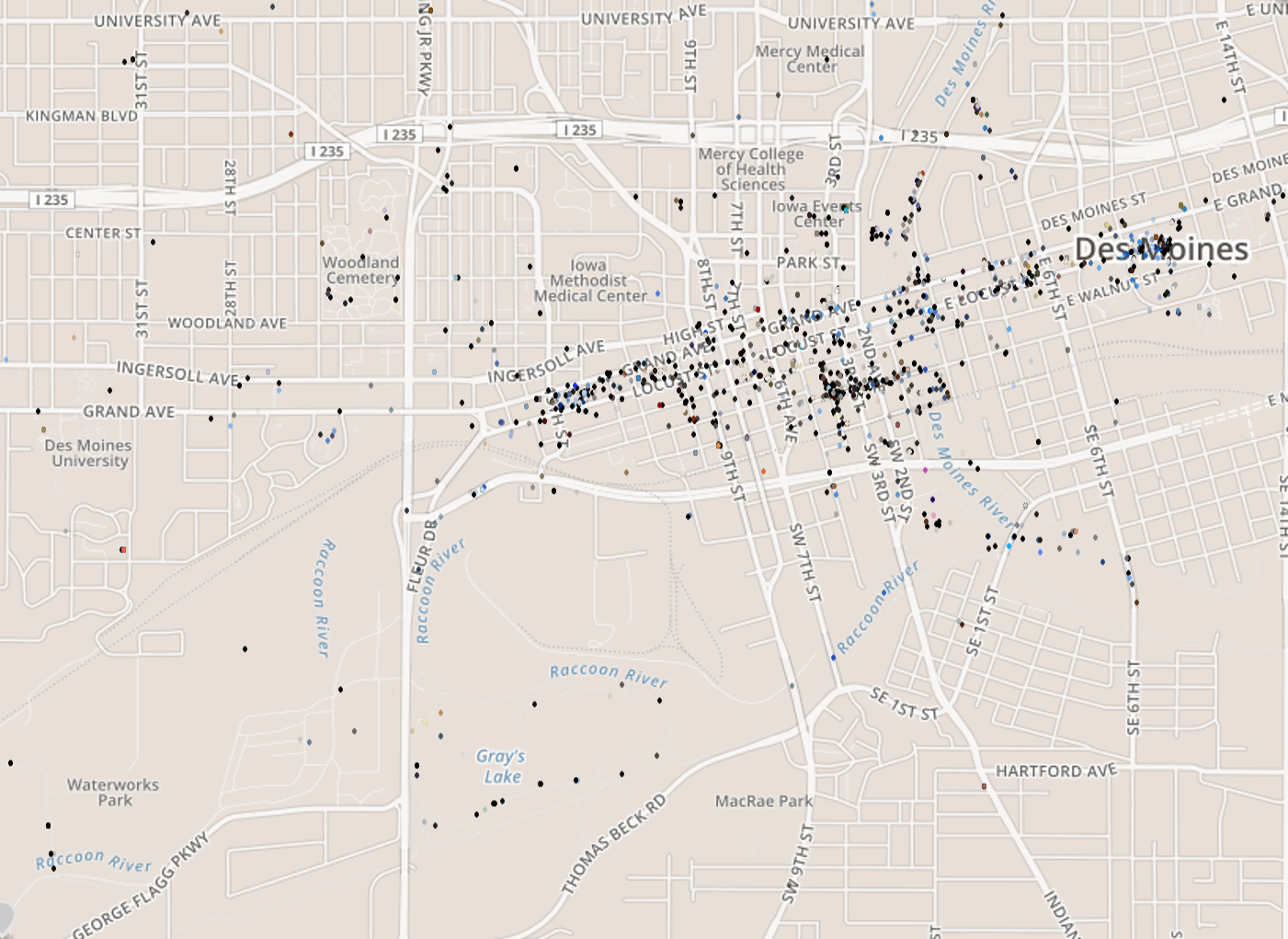