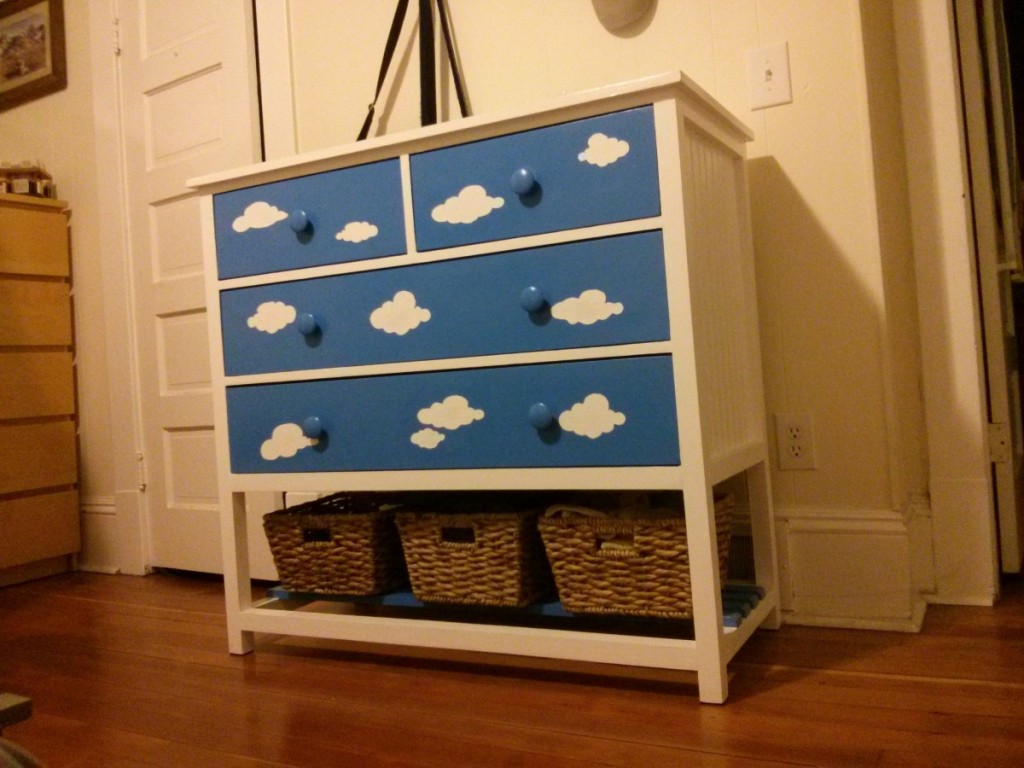 After finishing the nightstand and the bed, the only piece of furniture our apartment lacked was a dresser. Initially I was a bit nervous about trying such a difficult project, but after the other projects turned so well I was feeling pretty cocky, and decided to go for it. My hubris didn’t last.
As usual I got plans from ana-white.com – ana-white.com/2012/01/plans/small-dresser-open-bottom-shelf-cabin-collection
The dresser taught me that just because a drawer looks straight, doesn’t mean it will roll in or out smoothly 🙁 The first time I put the drawers in the frame, they either got stuck halfway out or popped off the rails.
After a lot of frustration, I eventually remeasured the entire frame. Turns out the frame twisted ever so slightly from the bottom to the top. I had to loosen all the screws, and hammer in some temporary cross beams to keep everything straight, measure again, and then tighten everything. It was a really pain in the neck, but now the drawers slide without binding.
The plans use plywood for the dresser sides, but I used wainscoting panels designed for wall coverings. The panels provide a texture that is a lot more interesting than just a flat side. After a bit of trial and error we went with a cloud theme on the front, which I think looks really cool. In the end the dresser took a lot longer than I expected, but it’s finished now, and works really well – we use it everyday. We have it standing next to a dresser from Ikea, and the one I built looks a lot better and feels much stronger 🙂 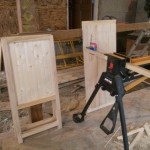 Starting with the dresser’s sides 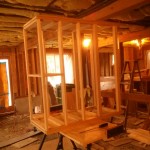 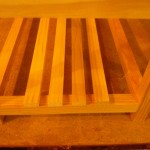 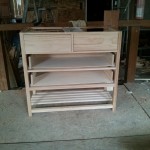 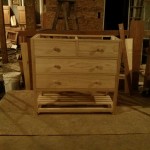 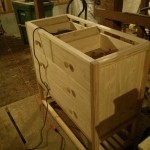 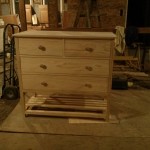 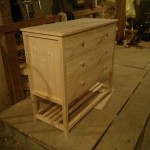 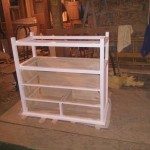 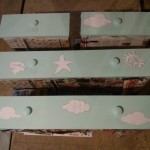 The original paint scheme was aqua blue with sea shells. It seemed like a good idea when we thought it up. After painting the drawers and placing the sea shell stencils, the result was not so good. So we went to plan B and used the clouds with the blue background. Which turned out much better. 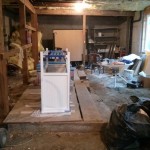 Masking to paint the dresser bottom 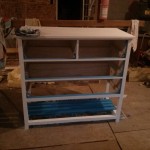 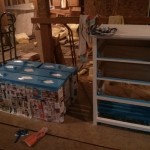 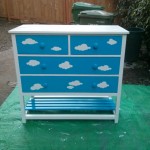 All assembled! In the backyard/paint studio 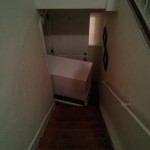 Getting the dresser up the stairs into our apartment was much more difficult than I expected. I hadn’t measured the width of the front door beforehand, and it turned out the dresser barely fit through the door. If it had been a couple inches bigger it would still be in the front yard. 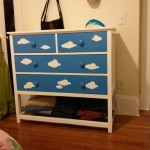 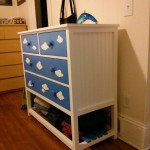 The sides are made up of wainscoting panels. This wasn’t part of the original plans, but I think it looks cool. 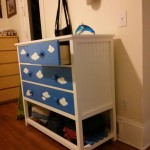 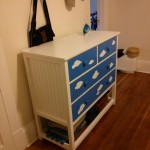 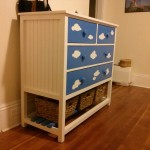