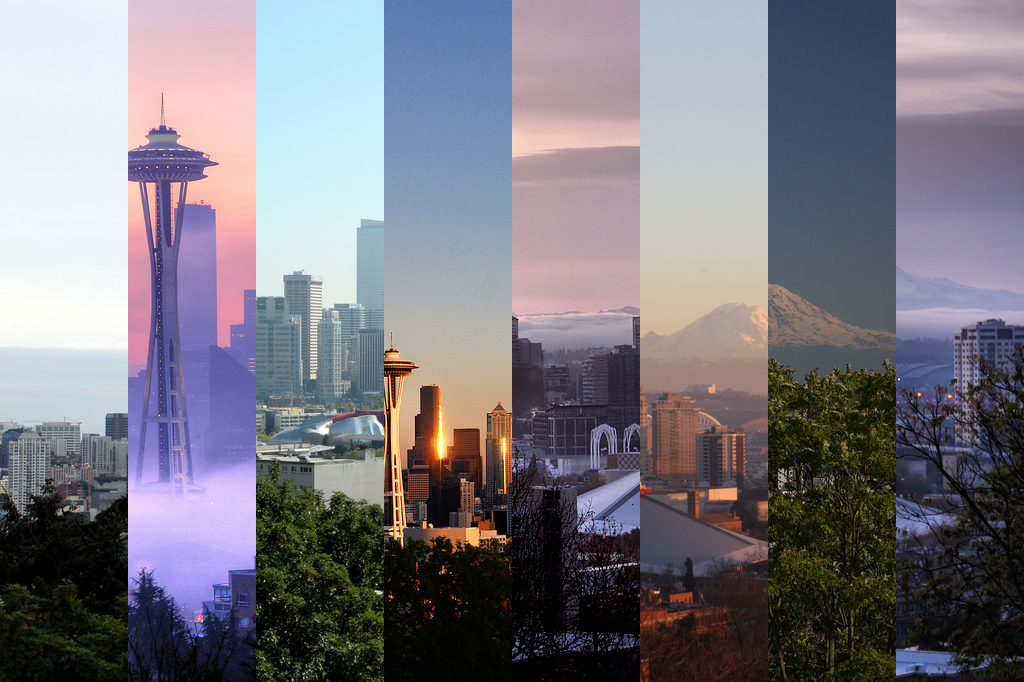 So I often walk by Kerry Park, a view point with some great views of Seattle. And there are always dozens of people lined up with their tripods and their cameras all pointed in the same direction, taking the same shot of the Space Needle.  Literally, the exact same shot. So I began wondering if I found a bunch of these shots on the internet, and then made a mosaic from them, would you still be able to see the original image? So I tried it. The answer is no. The resulting mosaics are not copies of the original images, but instead abstract rearrangements of the city skyline. I think they’re pretty neat. 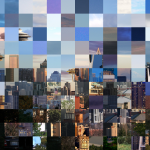 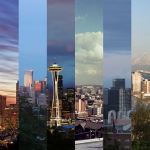 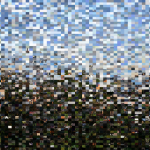 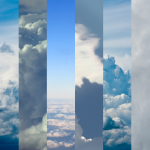 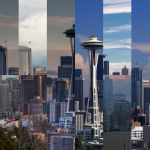 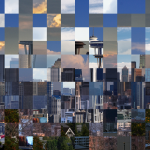 This final image is made up of 174,592 tiles of 2×2 pixels from random photos from Kerry Park. It kind of just looks like noise, but if you squint a bit I think you can see the blue get lighter near the horizon, and you can make out the ocean to the center right and of course the trees at the bottom. 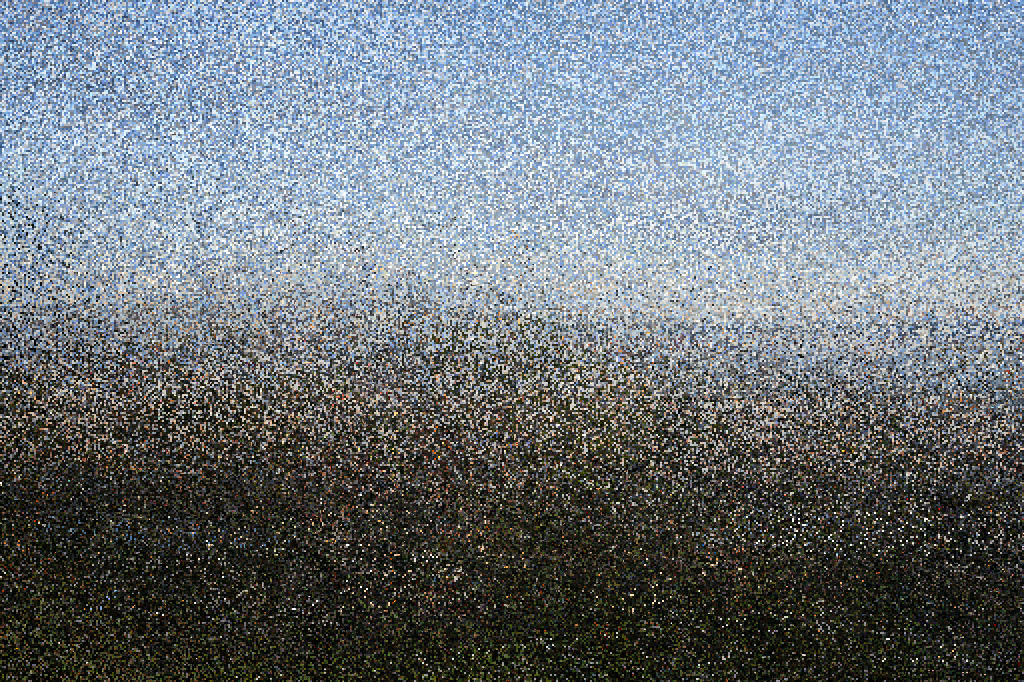 The source code used to generate these images is at: github.com/jkoomjian/Random-Experiments/tree/master/FlickrApi/FlickrMosaic

Next up I thought it would be cool to make a mosaic of 365 tiles – one tile for each day of they year, all taken at the same place.  The first place I chose was central park. In the image below, the first tile is an image taken on Jan 1, the second tile was taken on Jan 2, all the way to the last tile, of the fireworks, taken on Dec. 31. You can kind of make out the seasonal variation, but its not as impressive as I was hoping.

I figured a big part of the problem was that too many of the photos focused on people and man-made objects like statues which don’t change color through the seasons. So for the next mosaic I only included images of farm fields.

1 picture per day, of Iowa farms

Destroying the world with a candle